Ukrainian Federation training camp was held under the guidance of branch chief Dmytro Volynets on 27.06-04.07. The camp hosted 110 participants from 5 regions of Ukraine END_OF_DOCUMENT_TOKEN_TO_BE_REPLACED 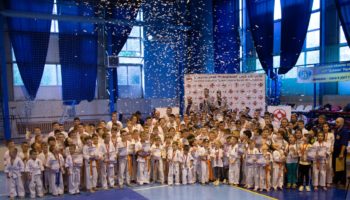 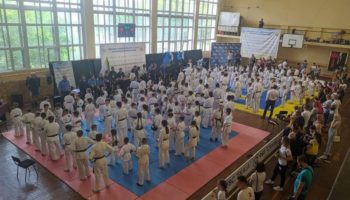 Open Zaporizhya kyokushinkaikan karate championship in kumite among children, youth and adults was held on May 29th, 2021. The competition was held at the 1st Melitopol municipal youth sports school (Zaporizhya region). END_OF_DOCUMENT_TOKEN_TO_BE_REPLACED

Ukrainian Federation “Kyokushinkaikan Karate” was created on 20th January in 2006 as an alternative Kyokushin-kan organization in Ukraine.

Representatives of the federation “Kyokushinkaikan karate” accepted the decision of independent existence due to the ban of Kancho Royama Hatsuo existence of our organization within kyokushin-kan.

In January 2007, board UFFK addressed with a request for accession to organization IKO Matsushima and Shihan Nikolai Zhilin got a certificate brunch chief. Board UFFK was on two seminars Kancho Matsushym in c. Novosibirsk, Russia and c. Donetsk, Ukraine. 8th December 2007 in c.Lviv was conducted 5th Open Karate Championship of Europe.

By 2016, there was a federation named — Ukrainian Federation ” Kyokushin-Budo Karate”.